Heads Up! The Man from Rome is free on Amazon for a Limited Time

The Man from Rome by Dylan James Quarles will be featured later in Occultober, but for those looking for a good book, I've just learned that it's free on Amazon right now. So why not pick up a copy on the assumption I'll convince you you want to try the book?

I'm excited to announce that just in time for Occultober, the following novels, stories, and collections are now available on Kindle Unlimited:

2 Hearts of Ice and Other Stories

3 The Shore and Other Stories

There's just a few days left to take advantage of the pre-order sale for The Jungles of Ekángá. 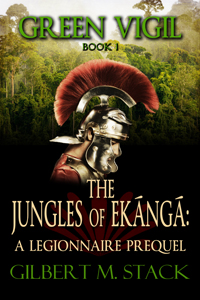 This week, I sold my 2500th copy of The Fire Islands. Needless to say I am absolutely thrilled to reach this mile stone. It doesn't seem that long ago that I put the book up for pre-order in November 2017. Now the 11th book in the series is set for release in August and a prequel novel, The Jungles of Ekángá, will come out on October 1. Thank you to everyone who has tried the series, if you haven't taken a look yet, at just 99 cents, The Fire Islands is a great place to start. 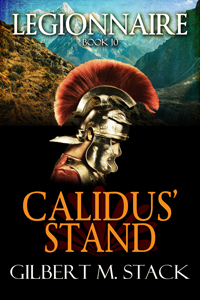 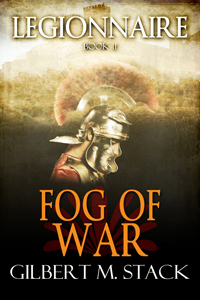 Pre-Order Flood of War for 25% Off

There's just a little more than one day left to preorder Legionnaire 9 Flood of War for 25% off. Here's the blurb:

Days of rain force sane armies to hunker down to wait for dry weather. Yet, no one in the Jeweled Hills would accuse Prefect Marcus Venandus of being sane. Not only has he united the bickering Qing, Gente and Gota in his Black Hat Legion, he rarely embraces conventional military tactics. With three days of drenching weather turning roads to mud, flooding creeks, and bogging down his enemies’ carts and wagons, Marcus seizes the initiative and leads one thousand of his Black Hats on their most daring campaign yet. Can he use the Flood of War to sink the treacherous Thegn of Granate? Or will the rains wash away any chance he has of winning this war?

Occult-tober is already a third over. If you're looking for something spooky to read to get in the spirit of things, why not try my book, Blood Ties?

It seemed like such an easy case. All attorney Liz Dunn had to do was escort Ryan Hart to meet his long lost uncle in the tiny country of Carpathia on the Transylvanian border. Ryan stood to gain a ten million dollar estate. Liz wanted the hefty check that would keep her law firm in the black. But Ryan’s dying uncle, the enigmatic Stefan Carpathios, planned to get something far more sinister in return. In an ancient land where legends come to life, Liz is about to discover that the world is much more complex than she believed and a blood tie can be an exceedingly dangerous thing.